(iz). Controversy about the collective identity of the Germans – from the Renaissance of German nationalism all the way to anti-Germanism – recalls Goethe’s Faust, that most archetypal German drama. Who are the Germans? Dieter Borchmeyer recently attempted to answer this in a revealing, 1000-page book. He is a literary theorist and his exploration naturally examines the intellectual foundations that were already unfolding before the formation of the German state. This includes Goethe’s scepticism towards nationalism (that lowest level of culture) which preoccupied him while he was alive – before, that is, his ironic, posthumous designation as Germany’s national poet. Borchmeyer’s analysis covers the tragedy of Faust, which helped cement the poet’s worldwide fame.

Goethe was 82 when Faust was completed and he had laboured on it his whole life. Not only is it a world-renowned tragedy which expresses the proverbial inner conflict of the Germans, it is a drama about life and humanity itself. It revolves around the charged relationship between the divine and the demonic, the earthly and the godly, in which all human striving is located.

In Goethe’s introduction to Faust (Prologue in Heaven), God mentions man’s predicament in a conversation with the satanic character Mephistopheles: “While a man strives, he errs,” and “A good man, in his darkest yearning, is still aware of virtue’s ways.” Both of these tenets quickly became proverbs describing the human situation in the German language. At the end of the second part, after Faust’s death, the angels add: “Whoever strives with all his might, that man we can redeem.”

This final addition, the possibility of mercy, reveals Goethe’s view of the limits of demonic seduction. As a consolatory consequence, Mephistopheles does not quite understand humans; he can only misguide them, but never quite rule them. That is why the demonic is “part of that force that always wishes evil, always works the good.” The Prologue in Heaven announces the topicality of the tragedy. In it, God justifies – and here Goethe employs an ironic undertone – the very existence of the demonic: “Man’s energies all too soon seek the level, He quickly desires unbroken slumber, So I gave him you to join the number, To move, and work, and pass for the devil.”

Just a century later, the Germans concluded their devil’s pact with the National Socialist regime, bringing the Holocaust and the Second World War, and today this passage, which was originally intended ironically, is perceived by some as cynicism. Not only has the German pact with evil been turned into an (understandable) foundation for anti-German feeling, it has also been made to lead into the abyss of a widespread nihilism, as if in a further development of how the historical trauma is processed.

After the ‘Prologue in Heaven’, Faust is famously characterised. As a universally educated man, he embodies an endless thirst for knowledge, power and splendour, but also a striving that remains deeply unfulfilled. He is confronted by an existential crisis – what we today would call “burnout” – and realises resignedly: “And here, pool fool, I stand once more, no wiser than I was before.”

Faust ends up seeking his cure in magic, so as to better understand the law that holds together the world “in its inmost folds”. In his moment of greatest desperation, he meets Mephistopheles. They make a legendary bet: if Mephistopheles can lead Faust into a situation in which he says: “Stay, beautiful moment!” – then Faust will perish and Mephistopheles will win the bet.

This signals the start of a brilliant exposition of human situations in which Mephistopheles tries by every means to win the bet. After a rejuvenating cure – which Mephistopheles arranges for him (Mephistopheles: “With that drink in your body, well then, all women will look to you like Helen.”) – he firstly meets a beautiful but naïve girl: Gretchen. Gretchen is perturbed and unsure about Faust’s wooing and love, his relationship with Mephistopheles and his distance from the Church. Internally, the young girl remains tied to the Christian conventions of her time. Eventually she asks Faust her famous question: “Where do you stand with religion”? Although Faust no longer has any Christianity, Gretchen agrees to an illegitimate relationship. Ultimately it ends in tragedy; Gretchen becomes a child murderer after accidentally killing her mother, she is condemned to death and, after admitting her responsibility against Faust’s will, is saved by God’s mercy, while Faust has to labour on.

Goethe unleashes the whole of his eloquence in the second part of the drama. He uses rhyme, sprechgesang, chorus, dialogue and monologue to unfold a macrocosmic stage which blends real, symbolic and imaginary scenarios. Marvelling readers are transported through Greek mythology, the middle ages, and all kinds of future visions, even witnessing an artificial incarnation and the history of creation over thousands of years in rhyme. The poet is unconcerned with strict chronology and the limitations of logic. Generations of directors have tried to convey the exorbitant material onto stage, with its visionary allusions to the future – from questions of bioethics all the way to criticisms of capitalism.

As the leading player, Faust ends up as a kind of archetype of modernity, a man of action, a figure who breaks radically with the cultural, religious, philosophical and political traditions of his time to build a second, completely new world. Faust and Mephistopheles become partners who, for differing reasons, always negate everything that occurs. Michael Jaeger (Global Player Faust) describes this transformation into the spirit of permanent revolution as follows: “…Faust turns himself into someone who perpetually negates every existing being, every moment and every pause taken to consciously reflect, since everything that is present can never satisfy his demands, and therefore merits demise.”

Under the influence of Mephistopheles, Faust becomes a driven man in whom honourable intentions regarding the advancement of humanity mix with low aspects: greed and will to power. Faust’s will to power expresses itself, as Jaeger writes, “as a curse, as a heroic gesture of negation. But in reality the curse is an expression of the most acute urge to suppress reality, a predicament borne of the modern fear of death.”

In the second part of the tragedy, Faust becomes entangled in global projects, in wars and machinations in new colonies, and with the help of Mephistopheles even tries to create a new, magical instrument: paper money. In the course of his expansion plans, Faust indebts himself ever more, in part because his demonic, unscrupulous accomplice accepts every collateral damage. The technological and economic project of modernity is thus cast as a blessing and a curse on modern man. More and more pacts are required to maintain power, be they with dictators or financial markets. The Faustian project of subjugating the world with the help of the new technologies of power is no longer the fate of the Germans or Europeans alone; it has become the fate of the world in general. In every continent it is increasingly superseding the old, local standards of culture and religion.

The only time Faust is not pursued by his horror of stopping to linger is in an imaginary encounter with ancient Greece and the divine Helena. Only in his dealings with Greek classicism does he escape for once the domination of the modern urge to change. In this world of lofty intellectual and spiritual aspiration, Mephistopheles and his drive towards the depths of being has no access to him. Goethe, of course, was aware that there could be no actual return to the Classical age. But he does not comment on whether there could still be a return to religion. In Goethe’s world, God is never dead. Eckermann cites Goethe as follows: “I see a time coming in which God is no longer pleased with it (the world) and He will have to destroy it again to bring forth a renewed creation.”

Does Goethe have a solution to Faust’s difficulties? Academics are still disputing this. Eduard Spranger, to mention just one viewpoint, believes the intended resolution lies in a “relentless upward striving” to which man is constantly led. “As a consequence of sacred death and rebirth, the realms of nature and mercy meet. Man occupies their meeting place,” writes Spranger on the resolution of Faust, which could also be said to contain Goethe’s confession. At the end of the second part, Goethe reveals his hope that a world-embracing, divine love will offer rescue. But at the same time, the poet, who considers himself a polytheist in the realm of art, evades the restricting dogmas of religion. Michael Jaeger describes this aspect of Goethe as follows: “Goethe certainly was religious in a very general sense – in the original and literal understanding of religio as a spiritual reverence for that which is inaccessible and unavailable to the human will – to power – which Goethe gives the decidedly unorthodox name of Woman, eternal.”

Goethe’s masterpiece continues to invite Germans to attempt its reinterpretation. The demonic, the divine, the natural and the spiritual – uniting these in one life-plan invites new striving and failing. The signs now evident in the world, from climate catastrophe to financial crisis, do not permit us to linger. Mindfulness alone cannot be modern man’s pursuit. The threat of destruction demands political action. On the last page of Faust, the Chorus Mysticus declares:

All of the transient,
Is parable, only:
The insufficient,
Here, grows to reality:
The indescribable,
Here, is done:
Woman, eternal,
Beckons us on. 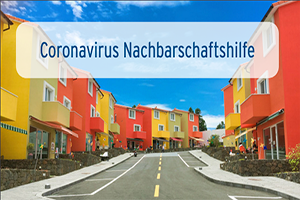 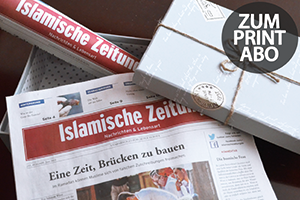